UPDATE (June 27, 2017): webinar sessions for the remainder of the series have been added (See “Sensu Administrator Track” and “Sensu Developer Track” below).

A new public Sensu Training webinar series will begin on Wednesday, May 31, 2017 at 10:00 AM PDT. Sensu Training webinars are live training sessions that will be hosted twice per week, lasting from 60–90 minutes each, and including workshops and time for Q&A. A complete training curriculum listing all ~20 topics included in Sensu Training will become available in the coming weeks, and the first iteration through this new training series will be FREE in its entirety. Pricing information and registration for ongoing Sensu Training will go live in late June (with packages ranging from $99-$999). Please follow us on Twitter, subscribe to the Sensu Newsletter, or follow The Sensu Blog to be notified as more information becomes available.

Like the evolution of the open source project and enterprise product itself, Sensu Training has changed quite a bit over the years. In the early days, each and every Sensu Training was a snowflake. Back then (circa 2013–2014) we were making money on Sensu via professional services––we would help implement Sensu into a customer’s infrastructure-as-code or devops workflow (e.g. using Chef or Puppet), and then we would custom tailor training to help leave behind a sustainable monitoring workflow. While this was effective, it wasn’t very efficient, and certainly not scalable.

Sensu Training has changed quite a bit over the years.

Fast forward some years to late 2015, about 6 months after the launch of Sensu Enterprise, and the time had come (or passed even) to roll out a more standardized approach to Sensu Training. Enough customers were asking for training for their operators and developers that we could finally justify investing time in developing a curriculum, and making a standardized Sensu Training available at an affordable rate. The first Public Sensu Training was a 3-day class hosted by Sean Porter and myself (let’s be honest, Sean did most of the talking) at a co-working space in Portland, Oregon.

Like many legendary stories (all true) of open-source software startups before us, we only had about 50% of the training materials prepared when the training started (ask around and you’ll see; the things people do in the early days of these projects & companies are some of my favorite stories in the community). After the first day of training, Sean put in a long night back in his hotel room finishing up the training materials for day 2; and then again the next night for day 3. In the end I think the trainees learned less from the somewhat rudimentary training materials than they did from the frequent moments when Sean went “off script” – after all, the only thing better than access to (open) source code is learning from the mind that created it.

Although we survived the training and the trainees learned a lot, this wouldn’t have been an acceptable outcome towards our primary objective of developing a standardized & repeatable training program if it weren’t for the outputs we generated: the scaffolding for a comprehensive training curriculum (i.e. Sean’s last-minute training materials), and pages and pages of notes that I captured by furiously hammering away at my keyboard while Sean dropped knowledge about monitoring, how Sensu promotes configuration management best practices, and many other gems. 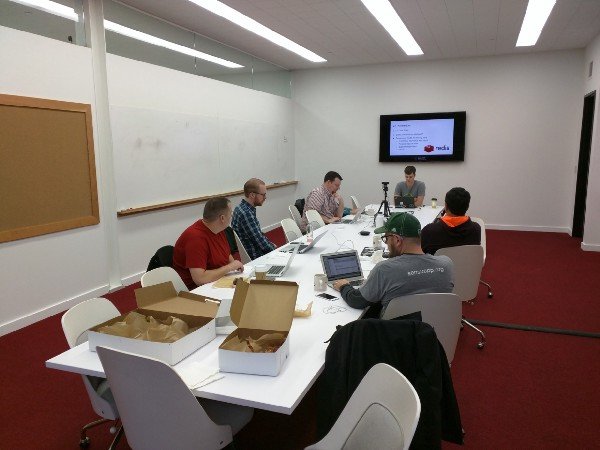 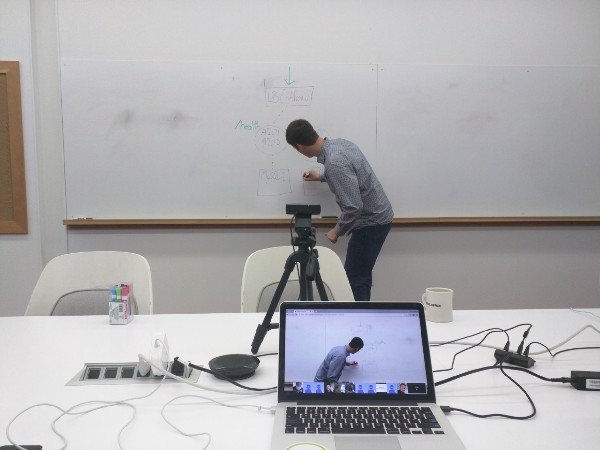 These outputs proved to be sufficient to flesh out a more comprehensive set of training materials and workshop exercises, such that we could send someone-not-named-Sean-Porter to host Sensu Training (yay for a bus factor > 1), and thus we were able to start hosting a bi-monthly public training series.

Until now, only a few changes have been made to that original formal Sensu Training (e.g. we slimmed it down from a 3-day course to a 2-day course, and we reorganized the curriculum into something like one day of “administrator” training, and one day of “operator/developer/user” training). But we have been hearing new feedback from our customers that they need to be able to consume training in smaller portions, so we’re preparing to relaunch public Sensu Training as a webinar series.

Beginning later this month, public Sensu Training will be split up into three tracks: a FREE “Sensu Basics” track that will be available to all Sensu Core and Sensu Enterprise users, a “Sensu Operators” track that takes a deep dive into Sensu’s architecture (including high-availability configurations), and a “Sensu Developers” track that guides users through Sensu’s building blocks (e.g. clients, checks, handlers, filters, mutators, aggregates, etc).

The complete training curriculum will be comprised of approximately 20 sessions (2x “Sensu Basics” sessions, 8x “Sensu Operator” sessions, and 10x “Sensu Developer” sessions). With our plans to host at least two training sessions per week, it will now take about 10-weeks to “complete” public Sensu Training. Trainees will have an opportunity to cherry-pick which topics they need help with and/or retake segments that they miss, or that they would like a refresher on — all of which will greatly improve long-term retention (compared to the 2-day “brain dump” style of training). Private Sensu Training will still be available in the traditional 2-day format for customers who need a more concentrated on-boarding. We are confident these changes will help make Sensu Training more approachable for a broader audience.

Registration for the first two Sensu Training webinars is available now (see the RSVP links at the top of this post). Registration for the subsequent training sessions to be hosted in June-July will become available soon. Stay tuned for more information by following us on Twitter and subscribing to our newsletter.