[Whitepaper] Monitoring as code with the Sensu Observability Pipeline

A comprehensive “everything as code” initiative should incorporate monitoring and observability. In this whitepaper, we’ll examine how monitoring as code fills that gap.

Adopting monitoring as code means extending the cultural expectations around repeatability, safety, and velocity in application development and infrastructure automation to monitoring and observability. The way we observe and operate our systems after they are deployed should be managed the same way we build, test, and deploy those same systems: as code.

Continuous Integration and Continuous Delivery (CI/CD) have drastically changed the way companies build and deliver products and services. With the advent of DevOps, infrastructure as code (IaC), and containerization, infrastructure and IT management have become decentralized. Now, organizations can be more agile, delivering more business and customer value faster. CI/CD, configuration management, infrastructure as code, and cloud computing all came out as tooling to facilitate that high-velocity change, but — until recently — monitoring tools were still reacting to the changes in the modern IT environment.

"Monitoring as code solves a bane for many projects whereby unexpected issues during pre-production testing or deployments go undetected. We lose hours allowing failing tests to continue, then more time troubleshooting the problem, and of course, we miss the opportunity to investigate root cause at the point of failure. With monitoring deployed alongside the application via a single, unified pipeline, we catch any issues early and avoid having to manually babysit the testing and CI/CD process.”

The key difference between traditional monitoring workflows and monitoring as code can be distilled down to a single concept: what we do with monitoring and observability data is even more important than how we collect it. We would never leave the instrumentation of our applications and services and collection of monitoring and observability data up to some opaque external workflow, out of band of our core application delivery pipeline. Monitoring as code differentiates itself from traditional workflows by helping IT organizations make better decisions.

A comprehensive “everything as code” initiative should incorporate monitoring and observability. In this whitepaper, we’ll examine how monitoring as code fills that gap.

Adopting “everything as code” is a strategic initiative

“Everything as code” strategies are being adopted by industry leading organizations as a key element of Digital Transformation initiatives. In most of these organizations, “as code” practices were already commonplace in Engineering; as these changes improved engineering velocity, it then became desirable to adopt these practices in other parts of the organization, including IT operations. When adopting “as code” practices in IT and beyond, we encounter both the greatest challenges and rewards.

The IT operations world has seen a LOT of change over the last 10-15 years. Although it’s now quite common to find Continuous Integration and Continuous Delivery (CI/CD) pipelines in most IT organizations, they are still a relatively new concept. Continuous Integration[1] has only been around since the 1990s, and for over a decade CI was only thought of as a development tool for building and testing applications, not as a framework for automating other operational concerns.

Everything changed around the time of John Allspaw’s 2009 talk, “10+ deploys per day”[2], and Jez Humble and David Farley’s 2010 book, Continuous Delivery[3]. We realized we could do a lot more with CI than just build and test application code – we could also automate parts of the release and deploy process… and thus, the CI/CD pipeline was born.

Although “everything as code” has become the status quo among leading IT organizations adopting DevOps and SRE practices, many operational concerns have lagged behind the advancements made in application and infrastructure delivery – monitoring and observability primary among them. The challenge facing these enterprises is how to close the growing gap between the parts of the application lifecycle that are being managed “as code” and the ongoing management of these same applications.

How can enterprise IT teams catch up?

At its core, monitoring as code is about one thing: closing the loop in the application lifecycle and aligning development and operations around a single unified workflow. When everything is code, there’s no such thing as a bad alert – every observation becomes actionable in the form of a code change and new release.

The term “monitoring as code” isn’t new by any means, but most existing references to monitoring as code typically describe monitoring automation as part of a larger infrastructure as code initiative – automated installation and configuration of agents, plugins, and exporters. While this a great starting point, it is not a complete end-to-end solution. Monitoring as code encompasses the entire observability lifecycle, including automated diagnosis, alerting and incident management, and even automated remediation.

“Most of the existing options for monitoring as code are limited to data collection configuration; they lack the ability to codify the reactive logic and automation that you get from tools like Sensu.” — Principal Software Engineer @ Fortune 1000 fintech organization

A comprehensive monitoring as code strategy should encompass the following:

Monitoring as code also shares traits common to other code workflows, specifically including the incremental nature of adoption. Practices like test-driven development (TDD) or infrastructure as code don’t need to be implemented to completion before they can be promoted to production. In fact, many organizations never reach 100% test coverage or 100% automation coverage! Likewise, monitoring as code is adopted over time. Most monitoring as code initiatives start with one use case – which can then be released as “version 0.1” – and expand to others over time. 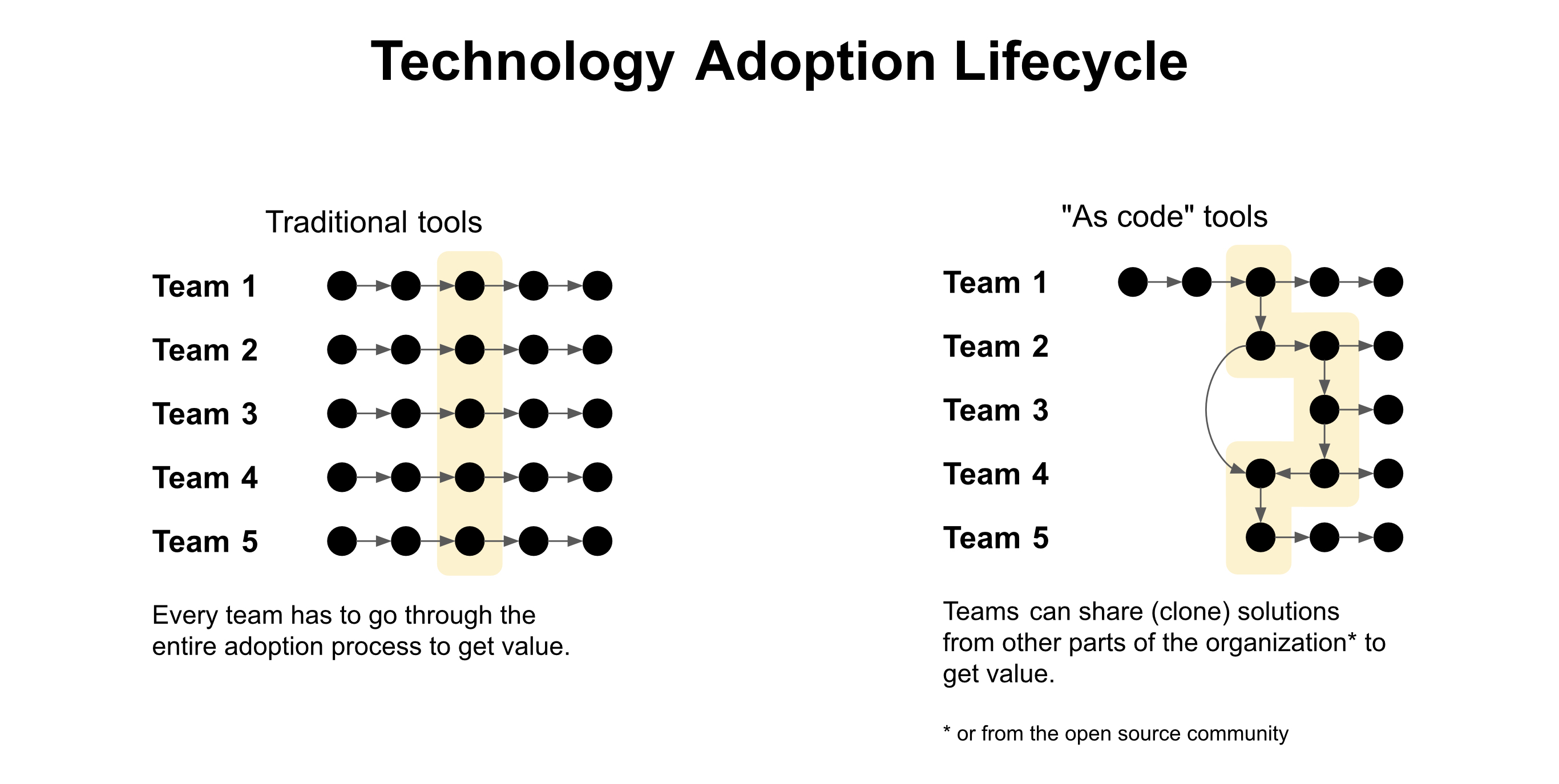 Figure 2: With monitoring as code, you get declarative configuration files that can be shared amongst team members, treated as code, edited, reviewed, and versioned.

Monitoring as code initiatives can also start off as a relatively “low code” implementations by reusing existing skills (e.g., familiarity with existing plugins and data platforms), or by bootstrapping deployments using example templates[5] that can be modified by tuning simple configuration flags. This low barrier of entry is possible due to the nature of the tools used to enable monitoring as code, which will be discussed in the following section.

Everything as code initiatives as we know them are built on top of pipelines that enable organizations to codify complex business requirements as repeatable steps. The CI pipeline (build+test) paved the way for Continuous Delivery (CD). Together as the CI/CD pipeline (build+test, deploy), they provided the foundation for infrastructure as code (build+test, provision+test, deploy). Like IaC, monitoring as code hooks into this CI/CD pipeline, but also requires a dedicated pipeline for ongoing observation of our systems (build+test, provision+test, deploy, observe). We call this missing link the observability pipeline.

Sensu is an observability pipeline that enables monitoring as code on any cloud.

The Sensu Go observability pipeline provides a turn-key solution for monitoring as code, including the following benefits:

Practical monitoring as code: the journey

The typical journey to monitoring as code for most organization follows four major milestones:

Practical monitoring as code with Sensu Go and SensuFlow

Embracing monitoring as code principles and deploying an observability pipeline are great first steps towards complete visibility into your mission-critical infrastructure — but without a repeatable process, it may be hard to grow adoption. Although there’s no one “correct” workflow for implementing monitoring as code at every company, an “over the counter” reference is available to help you get started, and we call it “SensuFlow”. Together, SensuFlow and Sensu Go provide the process and tools to ensure successful outcomes for any monitoring as code initiative.

“I need a [monitoring] strategy that I can rally people around and deliver against.” — CIO at a Fortune 100 tech company

SensuFlow is the result of years of extensive research, product development, integration testing, and end-user feedback collected from over 50 companies ranging from SMBs to industry-leading enterprise organizations with tens of thousands of nodes under active management by Sensu.

To learn more about SensuFlow, check out this blog post from our Developer Advocates.

Over the last 10+ years, CI/CD became the foundation for how we build, test, and deploy our infrastructure and applications. Over the next 10 years, we’ll see the rest of the application lifecycle – specifically monitoring and observability – managed as code and integrated into this same pipeline.

Adopting monitoring as code as a strategic initiative unlocks improved operational velocity. The best news is, reaching your organization’s monitoring as code goals is possible thanks to a battle-tested formula of people + process + tools: