Fireside chat with Kelsey Hightower, part two: on business models, the evolution of operations, and bringing value to your organization

August 22, 2019 // Anna Lugger Sensu, Inc. In this post, we recap the bits of Caleb Hailey, Sean Porter, and Kelsey Hightower's fireside chat that centered around how modern technology gives rise to a new understanding of value. Community

In part one of this series, I recapped a good bit of the fireside chat with Kelsey Hightower, Caleb Hailey, and Sean Porter at Sensu Summit 2018.

They discussed the evolution of monitoring tools and related DevOps technologies, and how to incorporate new tools into both modern and legacy infrastructure. 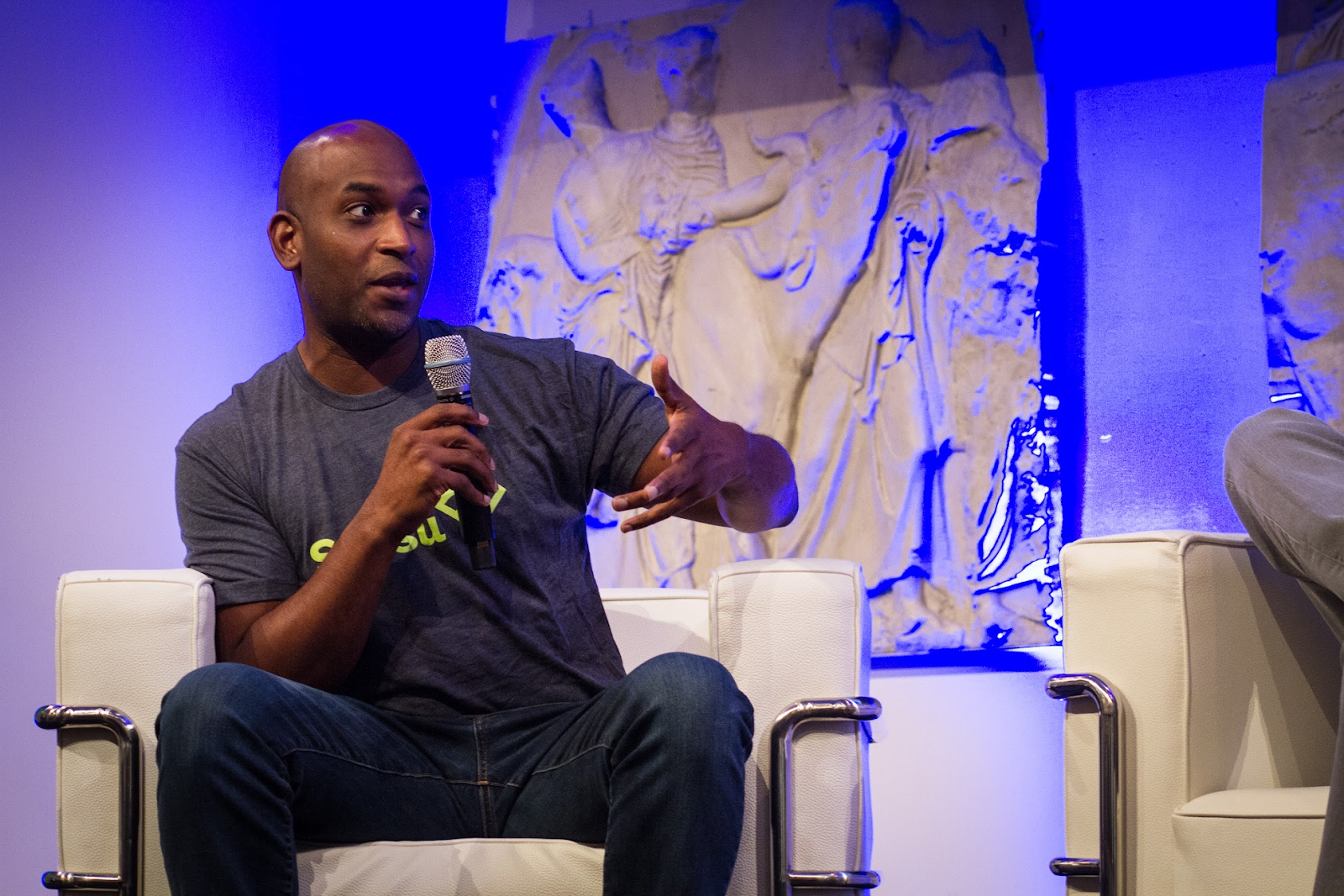 Kelsey breaking it down. Catch up on part 1 of the fireside chat here.

In this post, I’ll review the segments of their conversation that centered around value, namely how modern technology gives rise to a new understanding of value.

Sean and Caleb noted that they’ve spent a lot of time thinking about pricing and about the value that Sensu brings to the community. Proud of their open source roots, they want to see everyone, both users of the open source and licensed products, be successful.

As Kelsey pointed out, the issue of cost is more complex than just a price tag. Cost ends up impacting user behavior and even reconstructs intended best practices.

Kelsey noted that we need to shift value so that cost doesn’t prohibit users from smartly using a platform, and to help users identify which tools and costs can be replaced when adding new technology.

It’s a complex issue, to be sure, and one that the panel agreed we need to talk openly about in our industry.

Caleb noted that at Sensu, we want our open source users to use our licensed product if and when it makes sense for them — reliant upon their organization’s processes and goals. Ultimately, Caleb and Sean’s aim is to improve operator experiences — whether users are paying for Sensu or not.

On the flip side, folks who work in operations have a new set of challenges when it comes to thinking about their jobs and the value they bring to their organization.

As Kelsey noted, operators probably believe that a primary function of their job is to create systems that work when they’re not around. And if they’re not around (or even if they are), they don’t want to be hearing about things breaking that could have been prevented, like running out of disk space.

Likewise, they don’t want to be getting a deluge of alerts about non-urgent things that take them away from higher priority work. (Alert fatigue is real.)

Kelsey brought up the idea that new platforms can feel threatening. They replace work that operators used to be responsible for that helped shape their skill set and professional identity. He asked, “Do you say, ‘Hey, I was the person doing deployments, but now that there’s a really good CI/CD solution available, I’m done?’”

Of course not. Folks should let new technologies take care of the grunt work so they can figure out the stuff they’re not getting to. Kelsey added, “Your job is not just to keep the lights on and systems running. Move to the next thing. Become a peer to your dev team so you’re working together to make the system work reliably. These new platforms aren’t threatening your job because there’s so much more to do.”

It’s a rallying cry that’s as pragmatic as it is inspiring. Developers and operators are all evolving in their roles, learning the way new tools change how they work, and learning how they can add value to the business. By embracing change, they’ll find there’s great work ahead. On September 9-10, 2019, the community came together for Sensu Summit for talks, workshops, and a touch of high school nostalgia. Read on for our recap.