James Phillips is a Sensei

October 3, 2017 // Caleb Hailey Sensu, Inc. NOTE: James joined Team Sensu on April 18, 2017, in the middle of a period of rapid headcount growth. This belated announcement is one in a series to catch up on introducing our new team members to… Community

NOTE: James joined Team Sensu on April 18, 2017, in the middle of a period of rapid headcount growth. This belated announcement is one in a series to catch up on introducing our new team members to the Sensu Community.

We’re excited to welcome James Phillips as the newest member of the Sensu Engineering team!

James joins us from Metalab — the creative agency behind the Slack website and beloved messaging application design — and will be focused on all things related to the Sensu 2.0 UX, from the new Kubernetes-esque sensuctl command line interface to the new Sensu 2.0 dashboard. In doing so, James will help streamline and simplify the Sensu onboarding experience for new Sensu users, and leave them feeling the #monitoringlove. 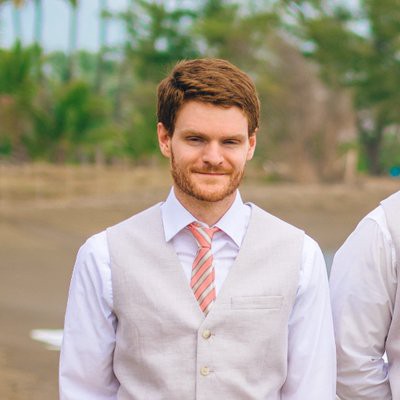 James will be working from Victoria, British Columbia where he currently lives. James enjoys hiking or just about any other activity that will get him outdoors, playing video games, and product development (as a pastime and professional endeavor). He also recognizes Adam West as the one true Batman — Kapow! 💥

Why we’re excited about working with James

The addition of James is a huge win for Sensu users. He joins Simon Plourde (author of the Uchiwa dashboard project) as the second front-end developer on our Engineering team, who will design and build the Sensu 2.0 dashboard as a first-class feature of Sensu rather than an afterthought. James background and expertise in product development and design are sure to delight our users — we can wait to show you what he’s making!

You can follow James on GitHub at https://github.com/jamesdphillips, and on Twitter as @_jamesdphillips. Join us in welcoming him to the Sensu Community!

Workflow automation for monitoring: 5 things to know about the Sensu Observability pipeline

The collection of monitoring data is essentially a solved problem; the challenge is connecting that data with the systems and tools you rely upon. In this post, Sensu CEO Caleb Hailey describes how approaching monitoring as a workflow can help.