Introducing Sensu Plus: An Integrated Analytics Solution for All Sensu Users

As part of its recent acquisition of Sensu, Sensu Go is now part of the Sumo Logic Continuous Intelligence Platform, empowering enterprises and developers to quickly get real-time insights from unstructured data for troubleshooting, performance improvement, and security across dynamic multi-cloud infrastructure. For Sensu users who want an integrated analytics engine to extract insights from Sensu’s observability pipeline data, we are launching Sensu Plus – a bundled solution that includes Sensu plus Sumo Logic, with simple node-based pricing. Sensu Plus launches next week with the release of Sensu Go version 6.5. 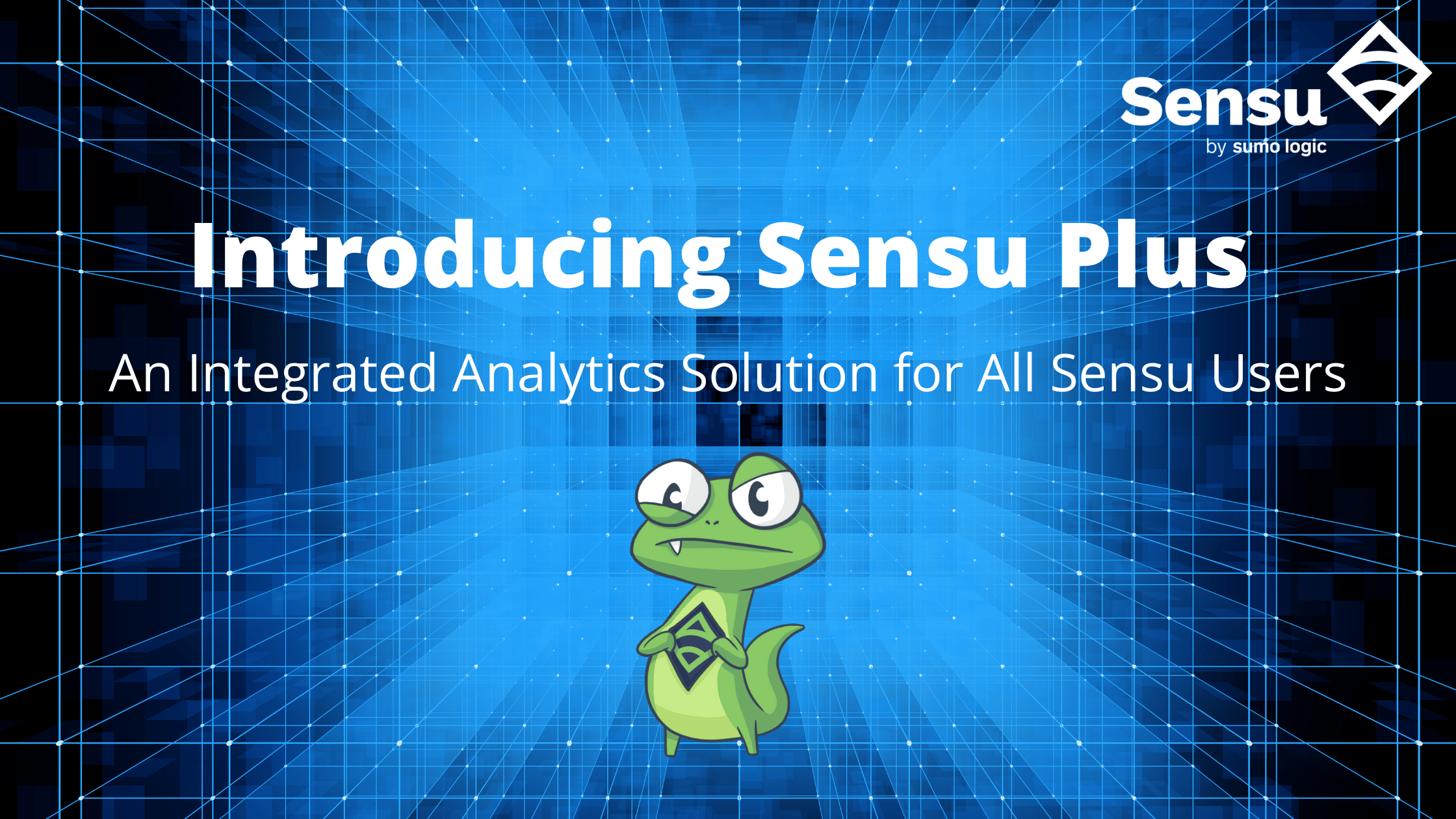 2021 has been an exciting year for the Sensu Community. The development of Sensu Go 6 and the acquisition of Sensu by Sumo Logic represent significant investments in the long-term success of Sensu as a standalone product. By integrating with the Sumo Logic Continuous Intelligence Platform™, Sensu users now have access to a complete and integrated observability suite that offers an analytical backend in addition to the Sensu Monitoring-as-Code solution.

Starting with the release of Sensu Go version 6.5, coming next week, Sensu will gain a new set of capabilities to make getting key insights from your observability data easier with Sumo Logic. Sensu Go 6.5 introduces two new “streaming” handlers, including a brand new Sumo Logic Metrics Handler integration. With this integration, Sensu provides a turn-key integration for routing metrics to Sumo Logic via the HTTP Logs and Metrics Source. In addition to offering more value to all Sensu users with solutions that leverage the expansive Sumo Logic Continuous Intelligence Platform, we have also continued to invest in Sensu’s integrations with other tools and services you’re already using, including time-series databases like InfluxDB and compatible dashboards like Grafana. Sensu 6.5 includes a new TCPStreamHandler for improved observability data throughput to third-party data platforms that support TCP input (e.g. Elasticsearch and Splunk).

Sensu 6.5 with support for Sensu Plus can be downloaded from sensu.io/downloads with instructions on the integration in the Sensu docs (docs.sensu.io). To learn more about Sensu Plus and the entire Sumo Logic Continuous Intelligence Platform, please visit https://sumologic.com and check out the annual Sumo Logic User Conference, Sumo Logic Illuminate 2021, happening this week! We look forward to your feedback about the Sensu Plus offering, and can’t wait to see what you build.