September 20, 2019 // Anna Lugger Sensu, Inc. On September 9-10, 2019, the community came together for Sensu Summit for talks, workshops, and a touch of high school nostalgia. Read on for our recap. Community

The community came together on September 9-10, 2019 for Sensu Summit for two excellent days of talks, workshops, and a touch of high school nostalgia (Revolution Hall used to be a school, after all) — starting with nerd-approved Pee Chee folders and customized number 2 pencils, and an actual high school drumline closing out the event. Remember Pee Chee folders? Here’s our modern take, with illustrations of key players in the history of computing (like Mary Jackson and Margaret Hamilton, pictured above).

In this post, I’ll share highlights of the event as well as slides and videos of the talks.

Sensu Summit 2019 kicked off with technical and customer advisory board meetings, which gave us a chance to meet face-to-face and gather valuable feedback from select members of our community. General registration began with lunch, live music from Satellite Blooms, and delicious ice cream sandwiches from the Ruby Jewel Ice Cream cart.

After lunch, we settled in to hear from Developer Advocate Jef Spaleta on Bonsai, the Sensu asset index, including a live demo. Following Jef were sessions on tools in the Sensu monitoring ecosystem, including:

We wrapped up the afternoon with an unconference session from Sensu VP of Customer Reliability Cameron Johnston on migrating to Sensu Go (ICYMI, Sensu 1.x is reaching EOL on December 31, 2019 — check out the migration guide) as well as breakout tutorials from sponsors InfluxData and Grafana.

Day 2 began with CEO Caleb Hailey taking a look back at last year’s Sensu Summit talk and discussing Sensu as a monitoring control plane, with the emphasis that, ultimately, words don’t matter — it’s what you can do with Sensu, not what you call it, that makes it powerful. He showed the possibilities Sensu Go offers (as compared to Sensu 1.x) and offered a sneak peek at our new website (now live!).

Next up was CTO Sean Porter, who shared how we were able to scale the performance of Sensu by 10X (!) in 6 months, including a look at deployment architectures (🐘 Postgres, anyone?) and recommended hardware. Check out the project on GitHub.

Then, Zapproved SRE Tiffany Longworth talked about measuring the right things, especially when it comes to humans (“Because it’s so hard to measure human interaction, we often devalue it when communicating with our coworkers.”), followed by Corey Quinn, who dropped some tough truths on multi-cloud (and all the clouds).

Closing out the morning sessions was Molly Duggan, SRE at Harvard University FAS Research Computing, who discussed the plethora of technologies they need to monitor (because they serve researchers, they need to support all the things). She told us about Hinoki, a command-line tool they use to manage Sensu configuration — including importing definitions via the Sensu API, packaging assets for deployment, and quick-start provisioning of an empty cluster — with a live demo.

After lunch, we were treated with a panel from Caleb Hailey, Sean Porter, and renowned author and researcher Gene Kim. They discussed everything from the DataOps movement to what “turn-key” really means for the enterprise, plus we got a sneak peek at Gene’s next project.

Next up was a live demo and Q&A from Jef and Caleb on migrating to Sensu Go and lightning talks from:

The resemblance is uncanny.

Then, Target’s Adam Westman talked about GoAlert, their on-call scheduling and notification product, which has processed more than 1.5 million alerts since its launch. Bonus: it’s open source! Check it out: https://goalert.me/.

Following Adam, Paddy Power Betfair’s Artur Malinowski and Killian McHale took us on their Sensu journey — from the 2016 merger that brought the two gambling giants together to their final decision to go with Sensu to monitor their 10,000+ clients (with a clever bait-and-switch on who actually “won” the POC).

The Kingsmen Thunder Drumline brought the event to its fabulous close, ceremoniously leading us into the after party, which consisted of delicious snacks (including sliders and chicken and waffles) and drinks.

A big thank you to our sponsors — Grafana, InfluxData, and Puppet — for helping make this a great event, and to our community — we wouldn’t be here without you! 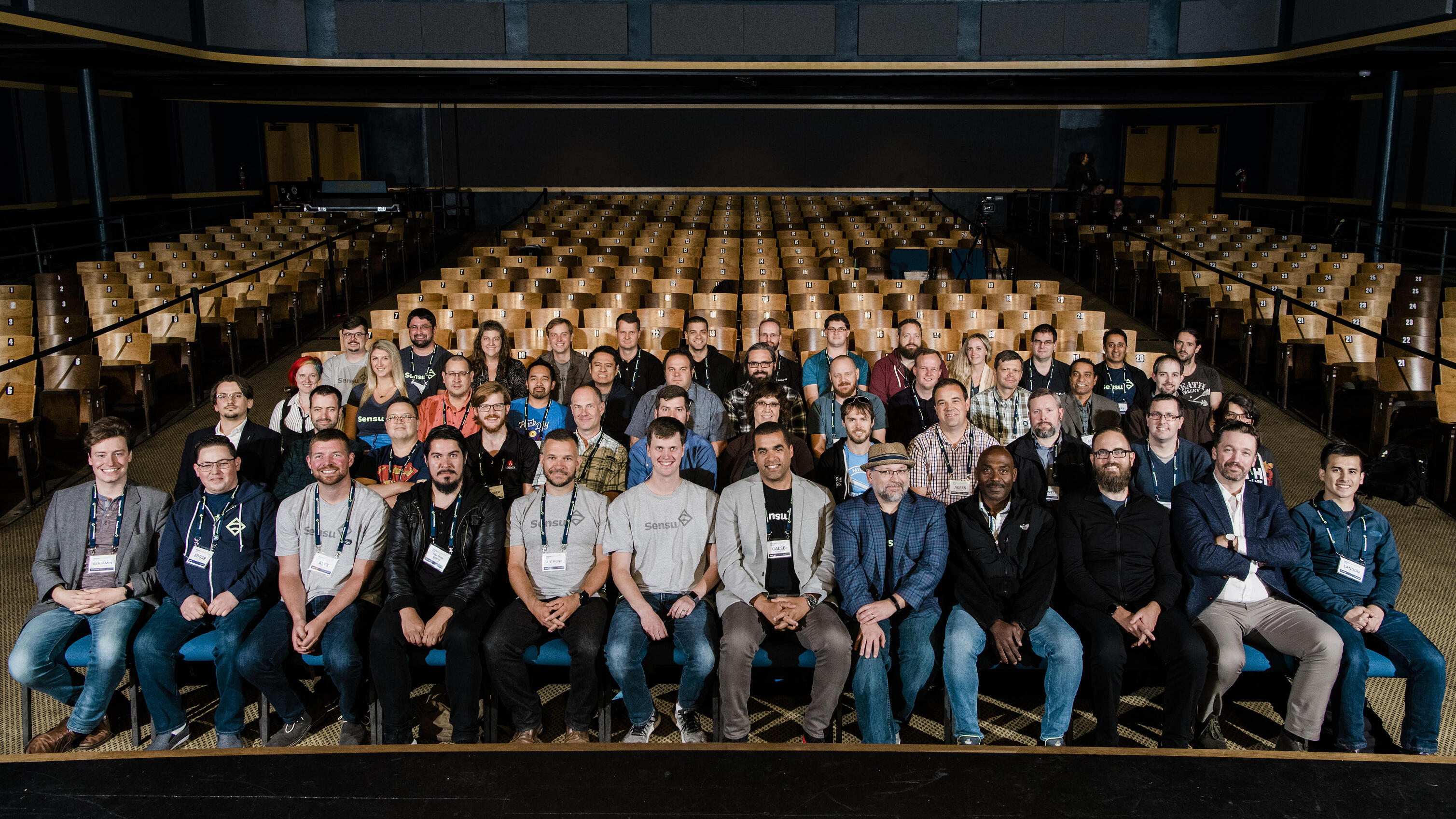 Thanks all for coming out! We had a blast.

Check out slides and videos from the talks below (as well as in-depth recaps in the coming weeks), and, in the meantime, happy monitoring!

The Bonsai Asset Index: A new way for the community to share resources
Jef Spaleta, Sensu

The Myth of Multi-Cloud
Corey Quinn, The Duckbill Group

The mission-critical role of monitoring in a multi-cloud environment
Caleb Hailey & Sean Porter, Sensu, and Gene Kim, IT Revolution

Migrating to Sensu Go: Who, What, When, Where, Why, and How?
Jef Spaleta, Sensu

Seniority by chaos: the changing role of the senior engineer
James Burns, Lightstep 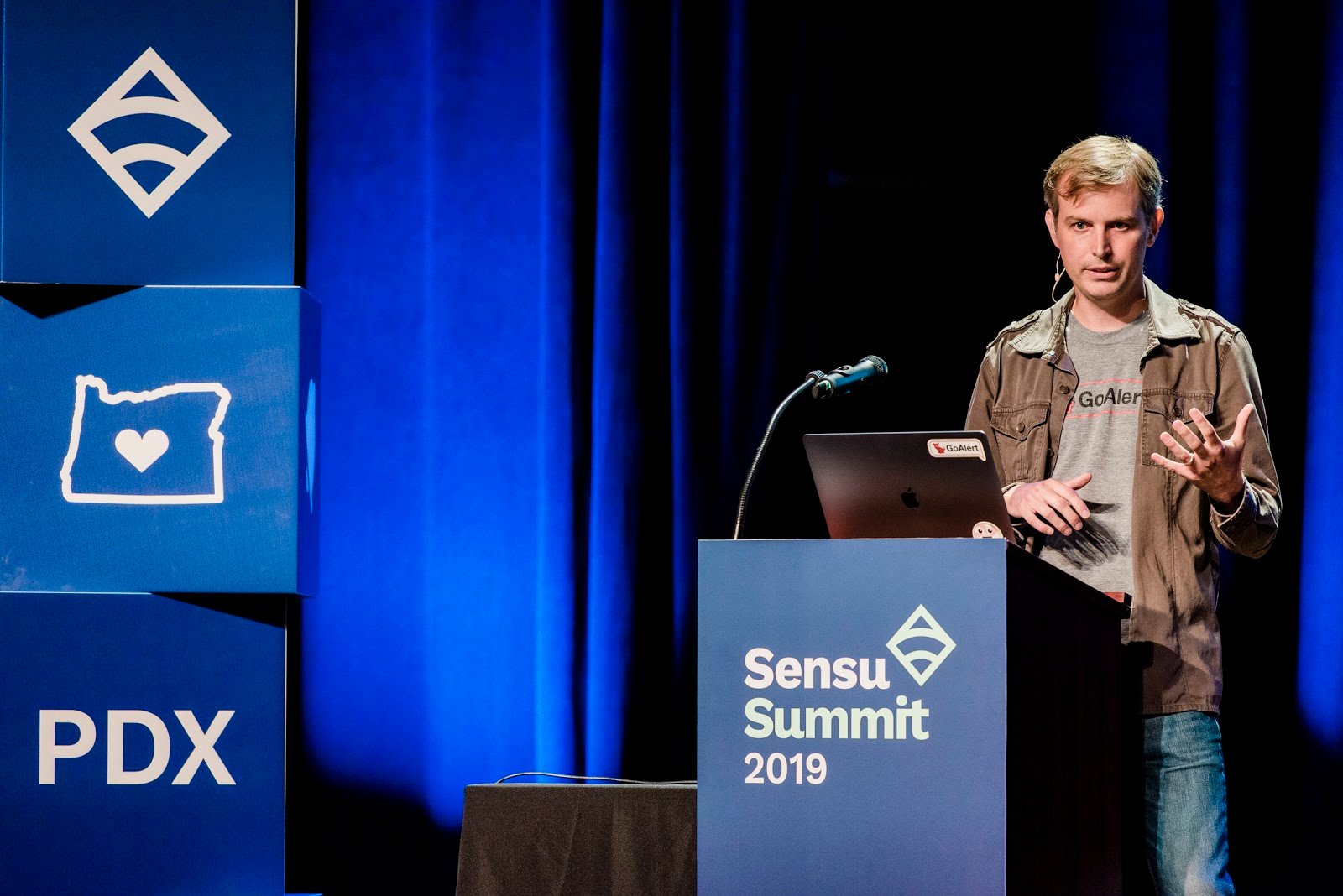 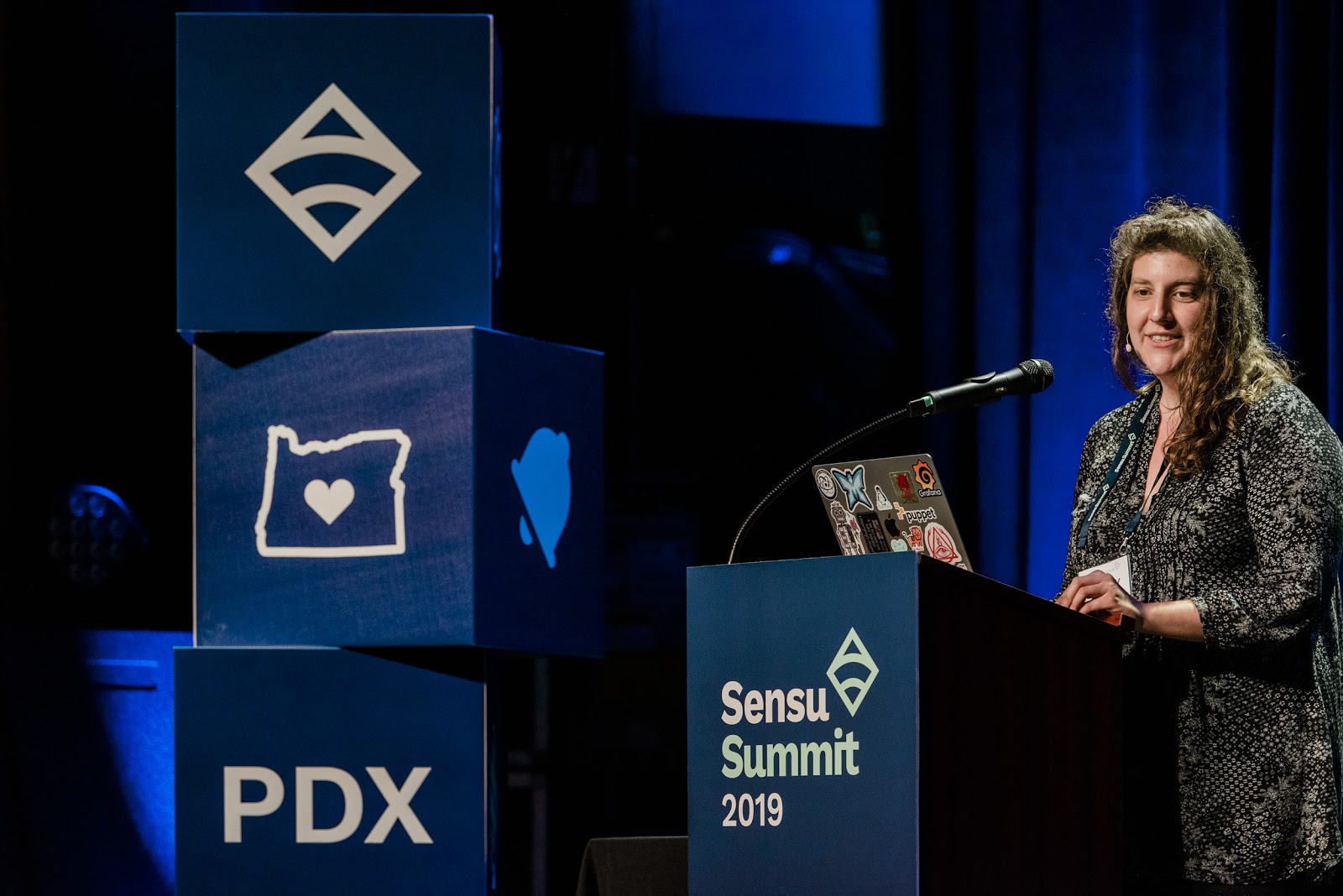 In this recap of Harvard's Molly Duggan's Sensu Summit 2019 talk, we share why they chose Sensu Go, how they achieved a CI/CD pipeline for monitoring, &amp; more.